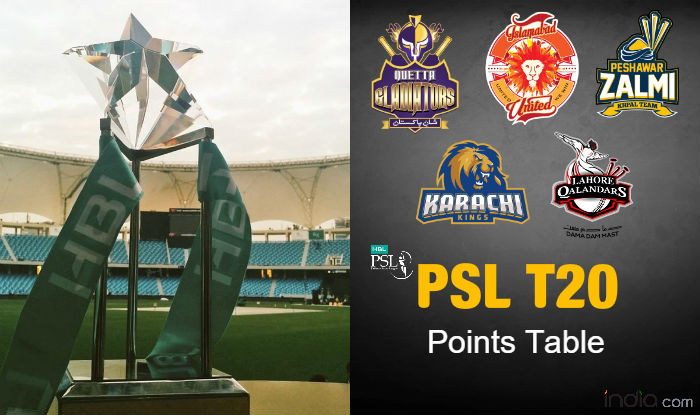 As we know that most awaited Pakistan Super League 2017 is started now. Five teams and 1 battleground has been set. Everyone has already selected their favourite team. Some of you are supporting Karachi Kings, and some of you might be supporting Lahore Qalandars or Islamabad United. There are lots of supporters of Peshawar Zalmi and Quetta Gladiators too. Who will win the PSL 2017 T20 cup nobody knows. But we can judge who can win by watching PSL 2017 points table.

PSL 2017 Points Table is based on an ICC voting system where the winner will get 2 points up in their stats. If the match gets draw then there will be a super over to decide the winner. Ranking of these points table will be based on win, loss, net run and match played. So here is a Pakistan Super League 2017 Points Table, and team standings and results. Matches will start from 09 Feb 2017 as scheduled.

The criteria of the event are based on: