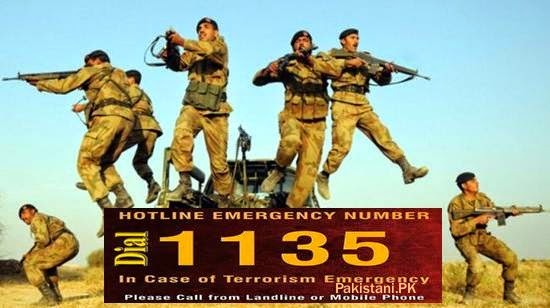 [dropcap type=”1″]P[/dropcap]ak Army has launched the operation against Terrorism since few months ago named as Zarb e Azb, and our army has accomplished 80% success in this mission (Thanks to Almighty ALLAH). But few days back on 16 december 2014 was the black day of Pakistan because Terrorist attacked our children in Army Public School in Peshawar as a revenge, It was the black day in Pakistan and the sadist moment for all the nation.

[dropcap]W[/dropcap]here it was the hard time for Pakistani people but that incident united the nation and made them to stand against the terrorism, all the political parties forgot their issues and stand against them. Our Pak Army created Hot line 1135 for public to help army to cover the terrorism in your area, You can use this number whenever you find any suspicious activity in your area, Pak Army will respond you ASAP, It will be a great help from you to Pakistan Army, and of course your Pakistan is your Home and only you can save it from Terrorist. This service is activated in all major cities of Pakistan such as Karachi, Lahore, Quetta, Rawalpindi, Mangla, Multan, Gujranwala and Bahawalpur. Find the UAN numbers detail according to your city below:

Pak Army Emergency Number 1135 According To Your City: 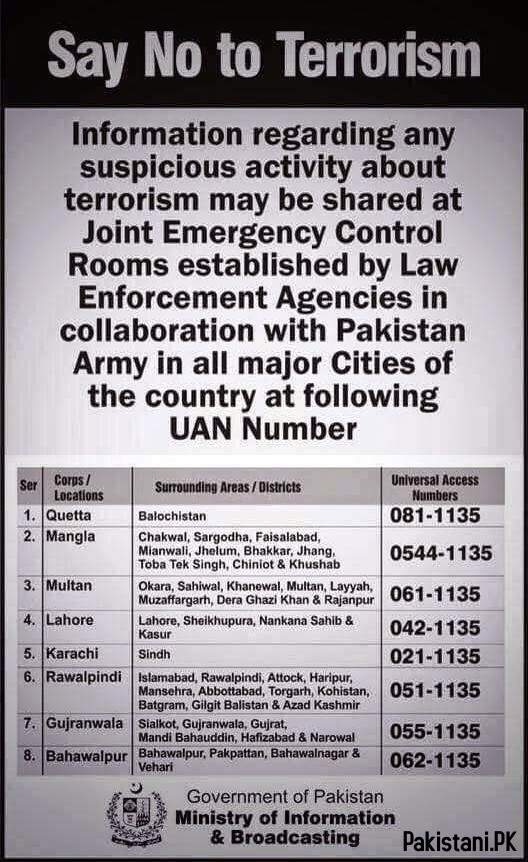 [dropcap]P[/dropcap]ak Army Emergency Number 1135 can be dialed from any PTCL or Mobile Phone number. First you would need to dial the region number which is given in above picture and then dial 1135. Help your Army to save you from any Terrorism.