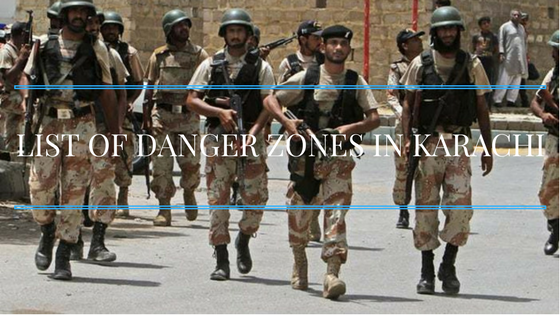 After a long peace, Pakistan is again under attack by terrorists. The recent Lahore attacks raised the fear in the Pakistani nation. There could be several reasons which enemies doesn’t want to achieve Pakistan, one of the major reason is CPEC and the other one is PSL finals in Lahore. After these massive attacks in Lahore, The government of Sindh has released the threat alert for Karachi, where they have given the list of danger zones of Karachi.

Remember, there have been massive attacks in several cities of Pakistan. In few days there have been 100s of people killed. The major attack was Sehwan attack. The law enforcement agencies have been active and doing snap checking in the major spots of Karachi city to trace the terror activities.