The most popular show of Geo Tv Inaam Ghar has been banned by Pakistan Electronic and Media Regulatory Authority (PEMRA) for 3 days, they have given 3 reasons for this ban.

The show is currently hosted by Dr Aamir Liaquat, and this is one of the main stream transmission of Ramzan. PEMRA also issued a press release today where they said to GEO Tv to share its complete viewpoint on those three complaints before the 3rd day of Eid.

PEMRA also asked to Aamir Liaquat to apologize for the violation of the law of PEMRA.

The violation of code of conduct this banned is started from 28th June 2016 for three days. In the other hand PEMRA also warned aamir liaquat to do not wear military uniforms or any arm forces uniforms without information ISPR authorities.

Read the letter which PEMRA sent to Geo TV 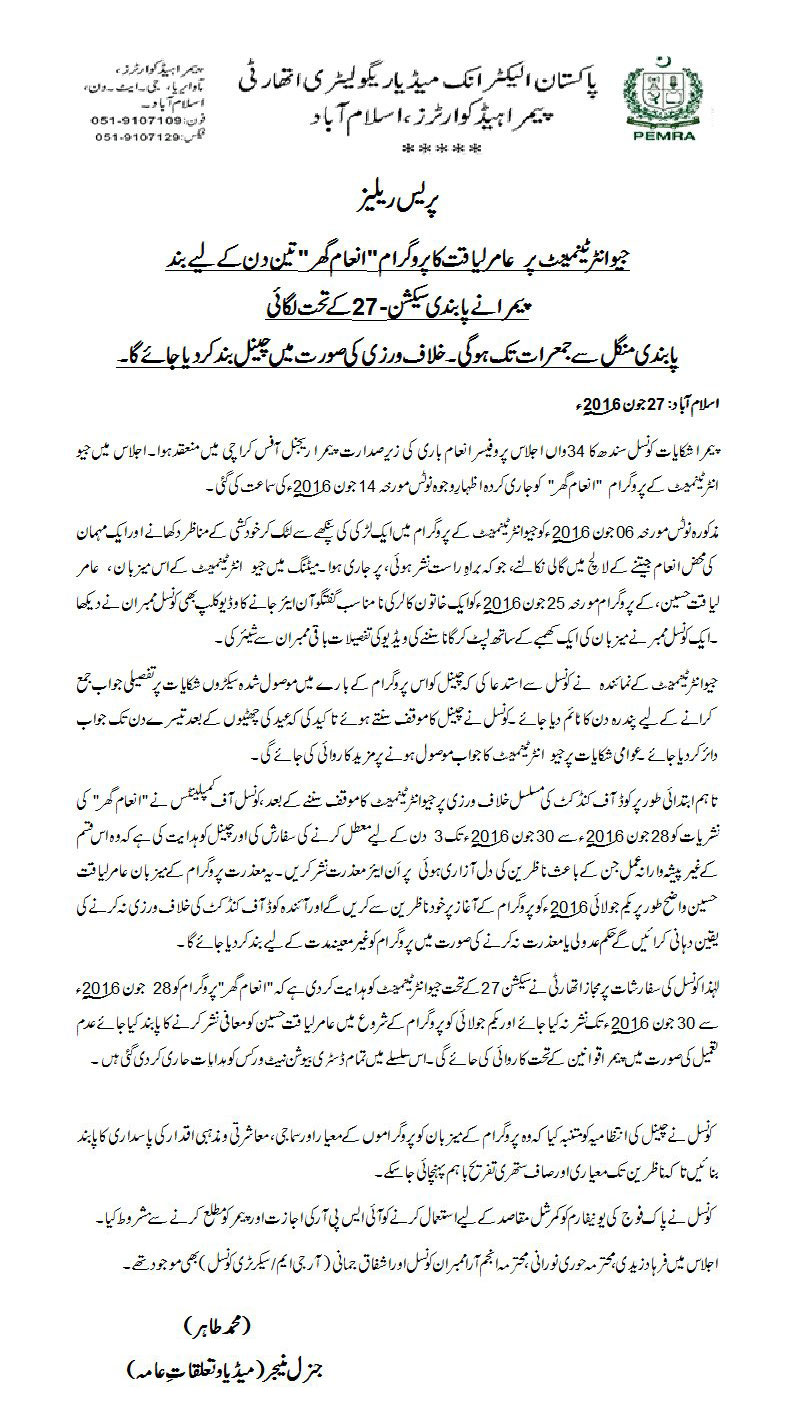