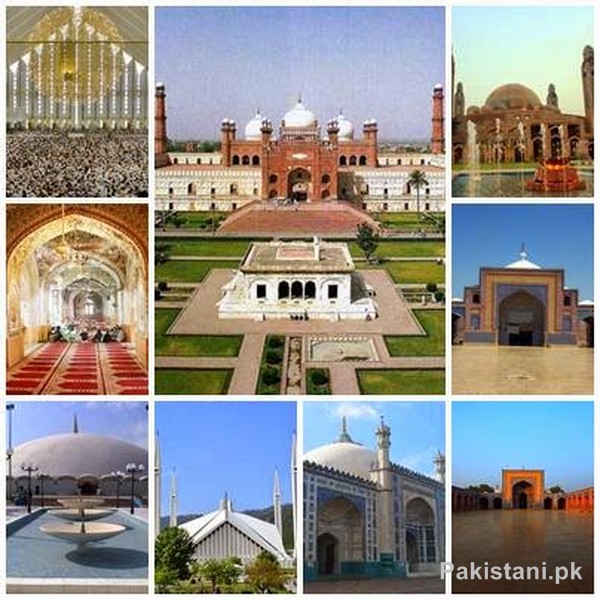 PAKISTAN is an Islamic country and it is famous for beautiful mosques in Pakistan. The people who live in Pakistan are mostly Muslim. A person who believed in Allah and Prophet (P.B.U.H) is treated as Muslim. He is a follower of Islam. As believers, he worships the only One Allah. Muslims are praying and worship in one place that is called Mosque. The mosque is also known as Masjid in Urdu. 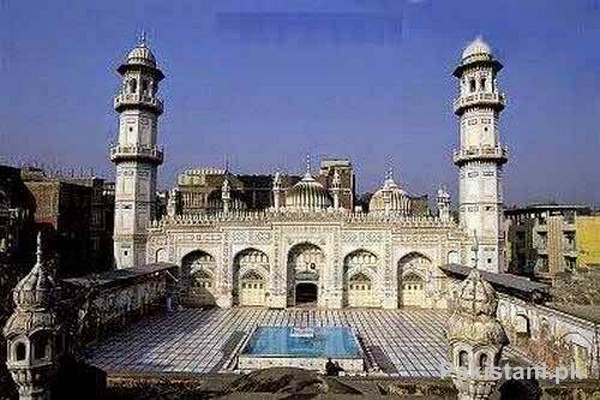 Mahabat Khan Mosque is located in Peshawar. It is the oldest mosque in Pakistan. It was established in 1630. The name of this mosque is on the Mughal governor of Peshawar Nawab Mahabat Khan. The prayer hall of this mosque stands by two tall minarets. The interior of the prayer hall is sheltered beneath three low fluted domes. The walls are colourfully painted in floral and geometric designs. 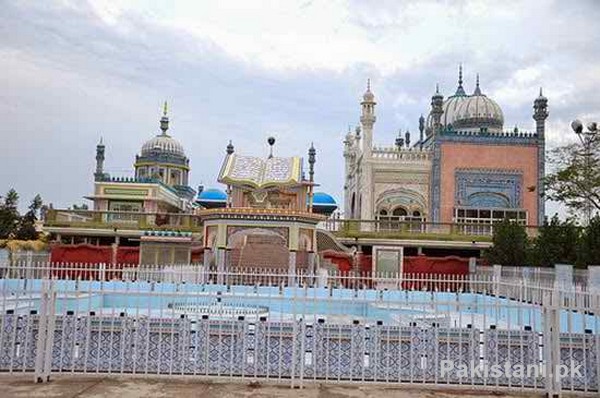 Bhong Mosque is also a very famous mosque in Pakistan. It is located in the village of Bhong in Sadiqabad, that’s why its name is Bhong Mosque. This mosque was constructed over a period of 50 years. The construction was started in 1932 and completed in 1982. In 1986, Bhong Mosque won the Agha Khan Award for Architectural. This mosque is popular because of its exquisite designs and architectural gold beauty. 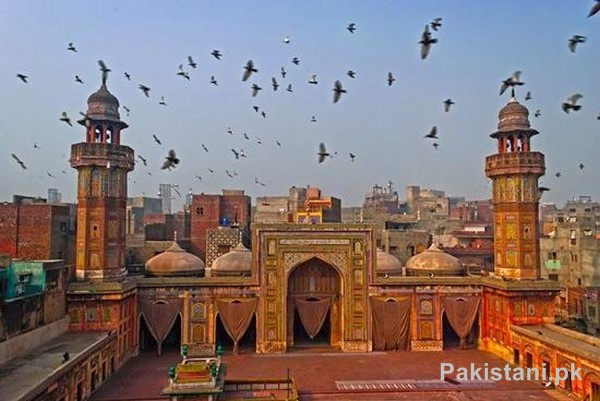 The Wazir Khan Mosque is a famous mosque in Lahore. It was established in seven years time period of 1634 – 1635. The speciality of this mosque is that it is inside the inner city but easily accessed from Delhi Gate India. The interior decoration of mosque is breath-taking and the Mughal Emperor designs give it more exceptional look. 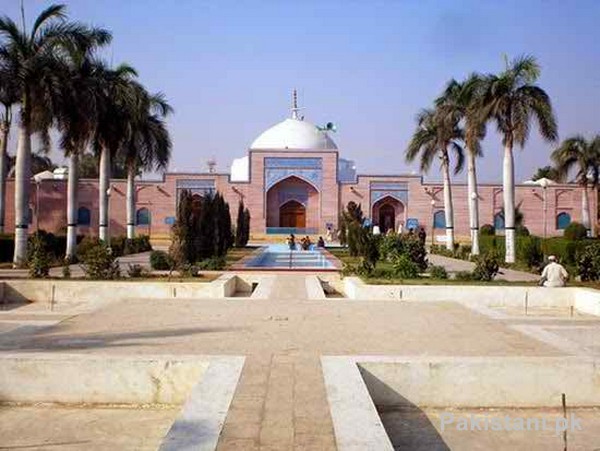 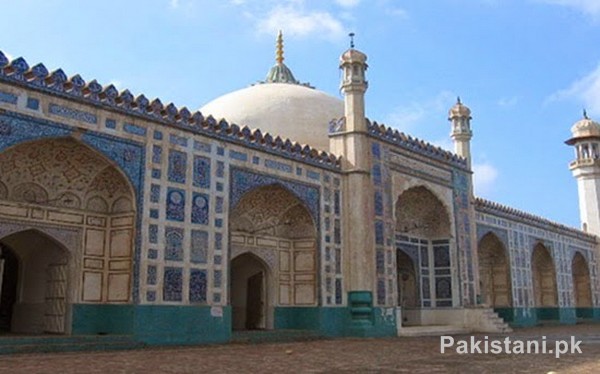 The Shahi Eid Gah Mosque is also known as the Grand Mosque. It is located on the main Multan-Lahore highway. The mosque was built in 1735. It was crowned by 7 domes and the courtyard is very vast. The prayer chamber is about 250 feet by 54 feet, which is very huge. The interior of Shahi Eid Gah Mosque is simply awesome and appealing. 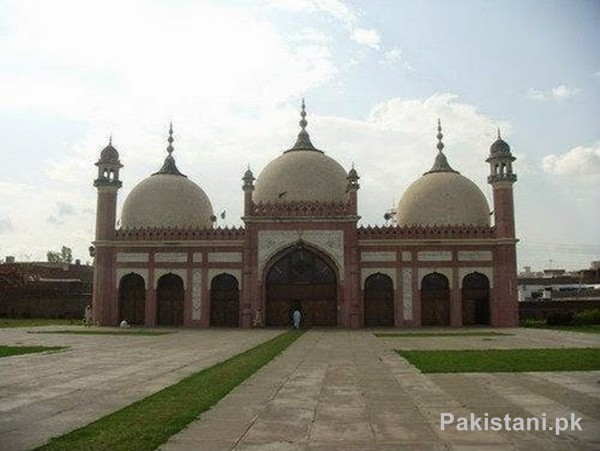 If you want to see a Badshahi mosque in Multan, then you can see the Jamia Eid Gah Mosque. The design of this mosque is same as a Badshahi Mosque Lahore but the size is comparatively a smaller than Badshahi Mosque. It is located near GTS Chowk in Gujarat. 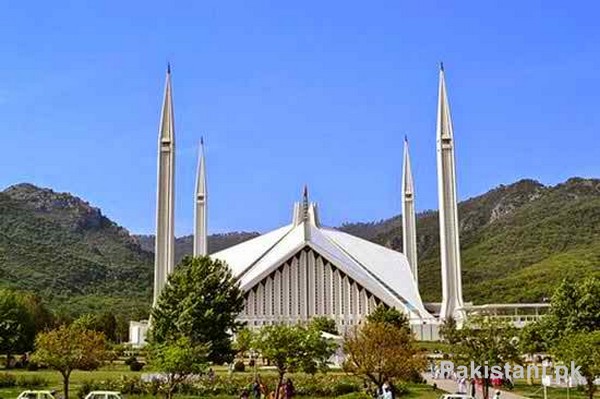 Faisal Mosque is the most famous mosque in Islamabad. It was established in the year 1986 by Turkish architect. Its desert Bedouin’s tent shaped is the beauty of this mosque. It lacks on 4 minarets. It is also known as the National Mosque Of Pakistan and also featured in Pakistan Rupees 5000 banknote. 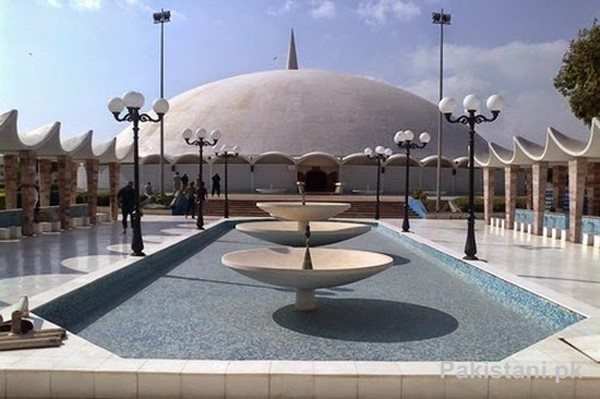 Masjid-e-Tooba is one in the world’s largest mosques. It is on 18th number in the largest mosques in the world. Masjid-e-Tooba is located in Karachi and known as a Gol Masjid. It is the only mosque that claimed to be the largest single dome mosque in the world. It was established in 1969. The mosque is designed in pure white marble. The dome of this mosque is about 72m in diameter and balanced on a low surrounding wall without central pillars. The central prayer hall has a capacity of about 5,000 people. 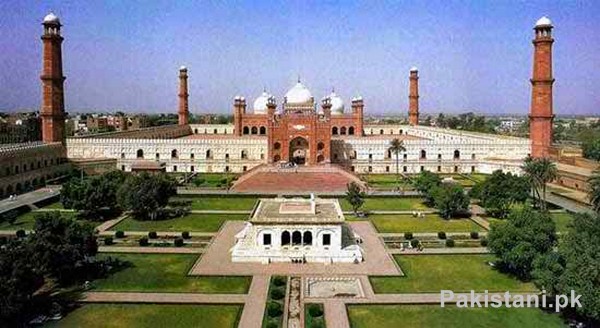 Badshahi Mosque is the second largest mosque in Pakistan. It was built in 1673 by Badshah Aurangzeb and known as the fifth largest mosque in Asia. It is the mosque, in which a capacity of 5000 people in its main hall of prayer and about 95,000 people in its courtyard and porticoes. Badshahi Mosque is the landmark of Lahore and the most attractive place for tourist also. 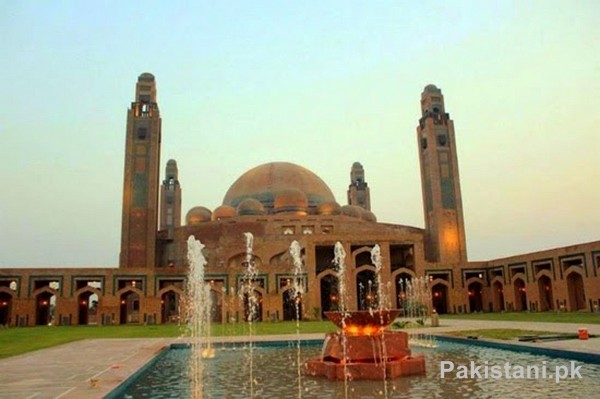 Grand Jami Mosque is the number one mosques in Pakistan. It is a mosque located in Bahria Town, Lahore. It is the world’s 7th largest mosque in Pakistan. It can accommodate 25,000 worshipers in the main prayer hall and a total capacity of 70,000 people. It has 21 domes and 5 big minarets.

These were the 10 Famous mosques in Pakistan. These mosques are beautiful and their interior designs are appealing, you must visit this mosque whenever you visit these cities of Pakistan, I hope you would find them interesting and worth watching.